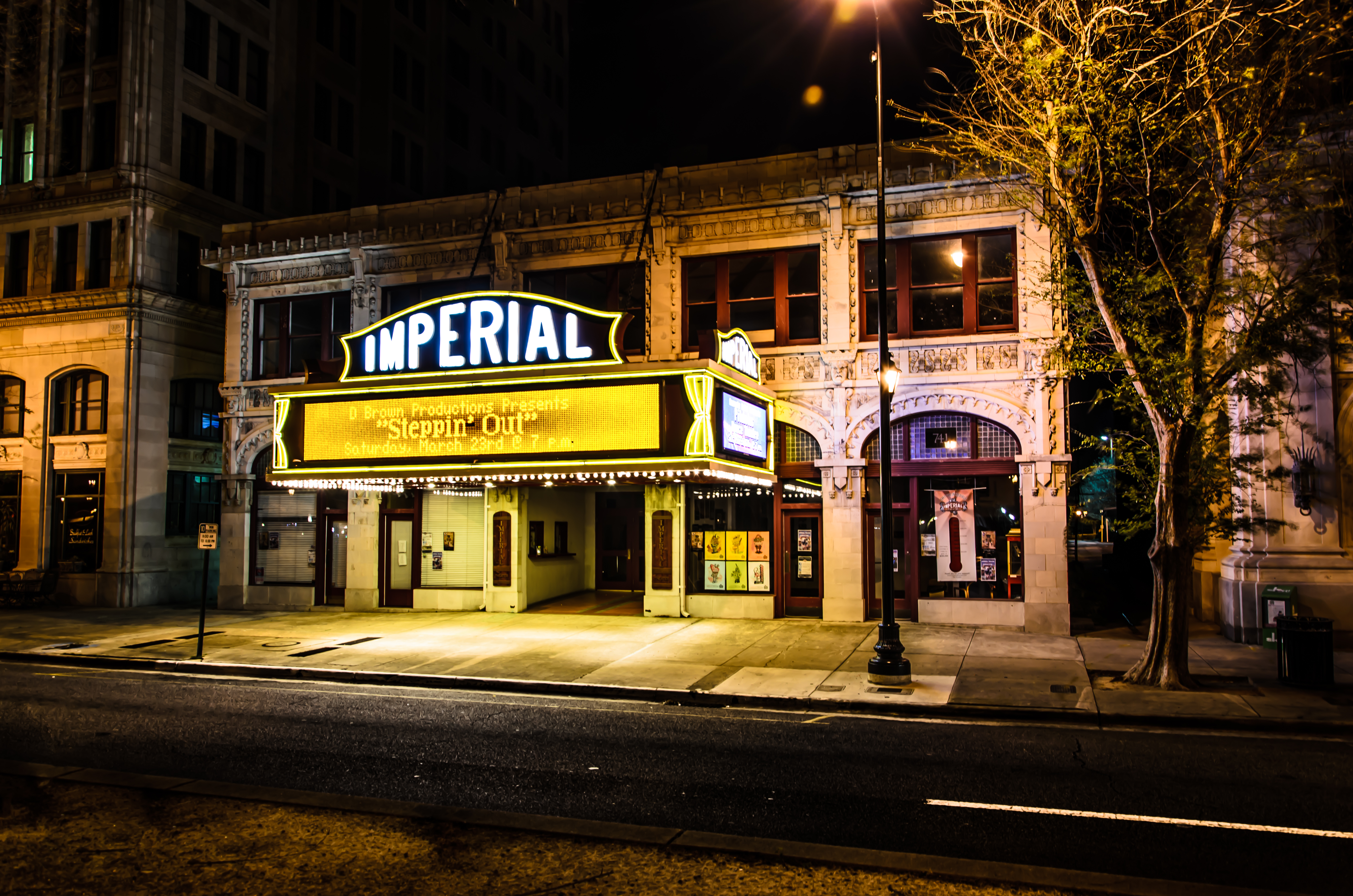 I was told along time ago to try night photography, and I finally got up EXTRA early BEFORE training and shot a few shot in the cold. I didn’t know how I felt about night photography. When I shot this one it was freaking cold, so that’s was a CON to me. The pictures turned pretty good. It was shot with a 35mm f/1.8 which was the best lens I could shoot with in low light since it was so dark. It was at 1/4 of a second at f/8 with an ISO of 640. It wasn’t by any means my last night shoot, but I don’t plan to do it as often as others.

This was my second attempt at Night Photography: “The Imperial Theatre”

This was a shot that I wanted to attempt to get for about a week (weather). We don’t have many high rise movie theaters like I see from many other notable Photographers, but this will have to do.

From my first attempt it was recommended that I use shutter-priority and keep the ISO down to 100 and I made sure to keep alot of the other suggestions in mind. I am overall satisfied with the shot that I got. I did some post-processing in Lightroom, but no “Radical” changes.